Texas Open Carry Law: Will It Affect Your Business? 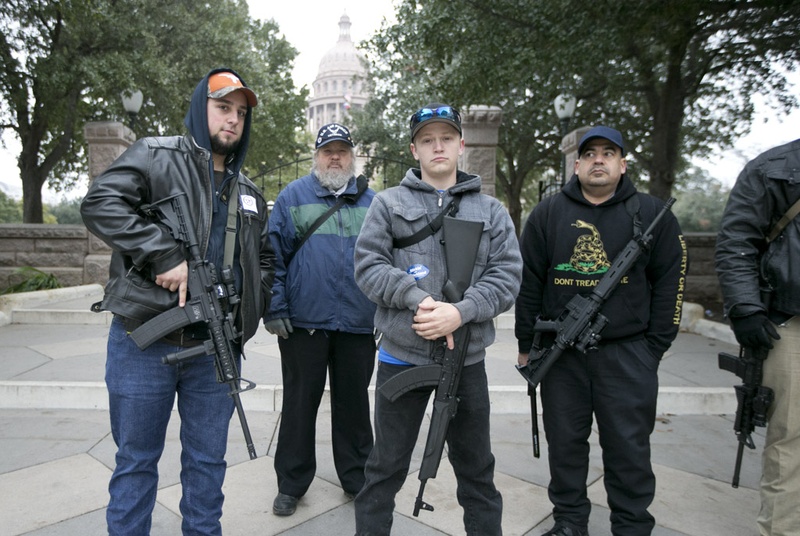 What, if anything, can you do as a security officer once the Texas open carry law goes into effect? As you may or may not know, the state of Texas recently passed legislation that allows open carrying of firearms in public areas which takes effect beginning January 1, 2016.

This is in addition to the state of Texas already allowing many to carry concealed handguns legally after a short course and license. That being said, it’s safe to say there is definitely no shortage of firearms legally being carried by citizens at any given time throughout the state of Texas.

Soon, you will see armed citizens with exposed firearms walking down the street in mass numbers or maybe even sitting next to you at local restaurants.

From a gun rights and Constitutional Second Amendment standpoint, these changes in laws surely are a good thing; however, many security agencies, police departments, and businesses grow concerned as to how all this will play out come January.

While businesses and security agencies do not want to interfere in a person’s right to bear arms, there is a concern when armed citizens arrive on a property and “outgun” the security staff, especially when the security guards are unarmed.

Something to Ponder: Criminal minded people will be among the law abiding citizens carrying firearms… how will security be able to differentiate between the two?

A citizen that is demonstrating “open carry” does not automatically mean this person is safe, has been drug tested, mentally evaluated, is not drunk, under medication, etc. While allowing an “unknown person” to enter your property armed to later find out that he or she has criminal intentions, places any security staff at a major disadvantage and often, too far behind the reactionary gap before you even notice something has gone wrong.

It might be too late, as you now have an active shooter in your building when you thought he was just a nice citizen exercising his right to open carry.

Question: What can security officers do if Clients do not want firearms on their property?

TCTA’s Answer: You can have anyone removed from “Private Property” at any time, for any reason under TPC 30.05 – Criminal Trespassing (Class B Misdemeanor) – regardless if they are armed or not; it has nothing to do with Constitutional rights at this point.

You are an “Agent of the Owner” (legal term), by nature of your agreement or contract with the owner, and possess the right to have that person leav

e on the owner’s behalf (note: Owner can also be a corporation or business).

This is in addition or in the absence of a TPC 30.06 sign (notice) or a red 51% sign at some locations. Straight Trespass as per TPC 30.05 keeps everyone and anyone away for any reason. They have now added a TPC 30.07 section for open carry requiring businesses to now display both and in English and Spanish.

Special note: a verbal warning is sufficient under this code to warn the offender prior to an arrest.

Example: Walmart is open to the public for anyone to come and shop but it is owned by a private corporation, not the city, county, or federal government. Not only Walmart (the store), but their entire parking lot is also considered private property, so trespassing would still apply if you or your client want to go down that road.

For more information on Trespassing, visit our Contact page.

For direct information put out by DPS-RSD from their site, here is the link to the Open Carry post they provided:  DPS-Open Carry